Tilde Earphones: from Prototype to Manufacturing 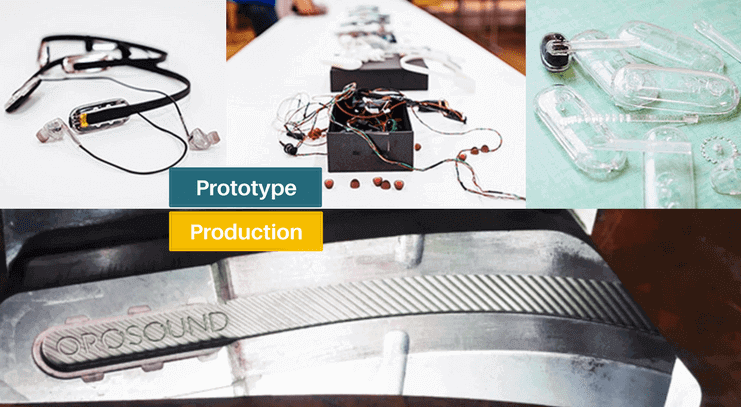 A prototype is a proof of feasibility of product. It requires a long time -and many tests- to get the most of it. Once it is finally optimized, it doesn’t mean we’re home and dried yet. Production-related challenges are huge when moving from development to production. Want to learn more about it? We take you behind the scenes of Tilde earphones’ production.

From a technical point of view, the very first thing to do when creating a product is to transform a business idea into a prototype. Tilde earphones’ prototypes -as all product prototypes- are pre-production models engineered for full service test. Many improvements have been made on Tilde since the first prototype was released. And we’re not only talking about ID design but also about software, hardware and mechanics optimizations. We’ve made changes based on test results, which were incorporated into a new version of the prototype, which underwent the same tests again… We achieved the desired results on our prototypes (noise-cancelling performances, long battery-life, multiple bluetooth connexion, eartips and buttons touch…) to finally release a product we wanted to be approved for mass production.

But there’s a long road from prototype to production: it’s called design for manufacturing (DFM). Indeed, managing the transition from something developed in a lab to a product created on a production line can be tricky. Our team led by Martin -our manufacturing manager with 20 years of experience- spent a lot of time working on the fabrication process. We iterated many times with our manufacturing partner to make sure every production part of Tilde earphones (especially the neckband) is robust and qualitative enough for our final product. And we came up with a unique design of the injection molds. The whole point of this time-consuming work is to minimize manufacturing quality problems during mass production so we can guarantee high-quality earphones.

Getting Tilde’s prototype to a state where it can be commercialized took a lot of planning and effort. Now that we have the production parts of the earphones, we no longer talk about prototypes. We look forward to starting mass production and bringing Tilde noise-filtering earphones to the market, to give you a little peace and quiet in noisy workplaces.