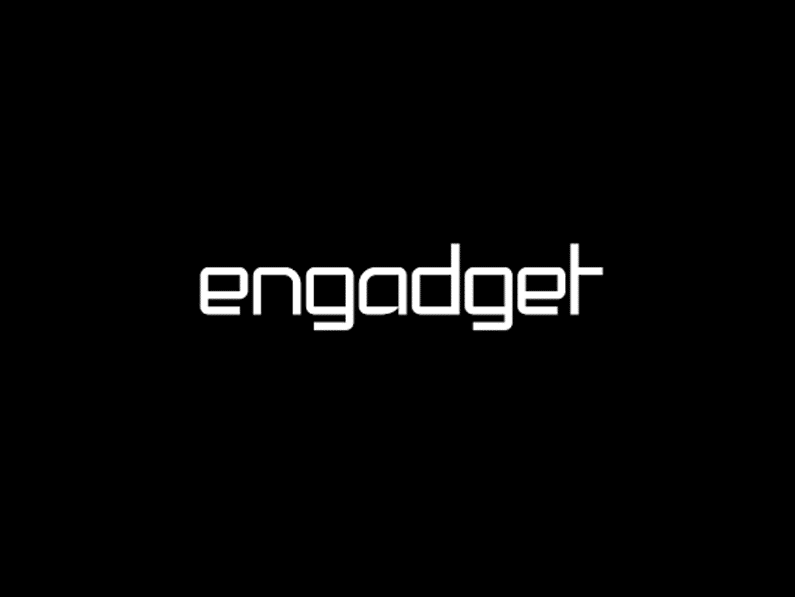 Active noise cancellation helps you have a conversation in a loud environment.

Sometimes it’s nice to be able to hear clearly in a crowded and noisy environment. It can be extremely difficult to communicate with someone when you can’t pick up every word they’re saying. The chaos of a CES event is a prime example. Orosound is looking to lend a hand, helping you hear better in noisy situations with its wireless Tilde earphones.

The company calls the headset a “noise management” system that uses active noise cancellation to hush background noise and focus on the voice of the person you’re talking with. The level at which you’re able to turn down the sounds of your surroundings is easily adjusted with a slider up to 30 decibels. There’s also a directional mode that only allows you to hear the voice of the person standing directly in front of you. And yes, you can use the Tilde like a regular set of wireless earbuds to play music and take calls. When doing so, that noise reduction can still help block out the world around you.

I tried the Tilde here at CES, a fitting place to test a product that claims to cut down unwanted noise. While the tech did just that, it also noticeably muffled the voice of the person who was speaking. Right now it’s not perfect, but if the company can fine-tune the audio before it ships the final version, this could be useful for people working in noisy offices or places where if can be difficult to hear a conversation. Orosound’s Tilde earphones debuted on Kickstarter in October, and the company plans to ship units to backers in May. For people who didn’t contribute funds to the cause, the device will be available this summer for $349.

What sets the TILDE® range apart from other consumer headphones?

Thanks to TILDE® VOICE FIRST, Orosound’s patented selective and directional noise-cancelling technology, users of TILDE® headphones can filter noise to select what they wish to hear, like the voice of a coworker they wish to exchange with, and therefore focus on their tasks effectively. Contrary to other consumer headphones, the TILDE® range permits the perfect balance between concentration and communication- without overlooking audio quality.

How to choose between TILDE® AIR and TILDE® PRO headphones?

TILDE® VOICE FIRST headphones are made for professionals who are in offices, teleworking or any other kind of noisy workplace environment. TILDE® AIR earphones are lightweight, connectable via Bluetooth, and flexible: perfectly adapted to nomadic professionals. TILDE® PRO is a communication headset with a detachable boom-microphone, ideal for telephony. Its design is customizable, in versions supra or circumaural.

Where can I buy TILDE® headphones?

For any professional purchase of TILDE® headphones, please request for quotation or order on Orosound’s online shop.

Is it possible to test the TILDE® VOICE FIRST products?

In situ tests can be arranged under certain conditions. Please contact our team by specifying your request for us to determine if you are eligible to the test. Simultaneously, it is also possible to consult customer content gathered through the trusted third-party Avis Vérifiés to have an idea about our company and what our users think.

TILDE® VOICE FIRST technology, developed and patented by Orosound, was awarded multiple times, of which by the Ministry of Research and the Directorate-General for Enterprise (DGE).

This selective noise-cancelling technology is the very first to take the direction and nature of sounds (noise vs voice) into account, thanks to a unique signal processing algorithm. With TILDE® VOICE FIRST, it is possible to isolate yourself from noise all the while interacting with your surroundings.

Is the TILDE® VOICE FIRST technology recognized by renowned organizations?

Beyond being patented, the technology TILDE® VOICE FIRST was awarded multiple times, of which by the Ministry of Research, the DGE, Préventica & Expopriotection, as well as the European contest on working life quality, Spark Life.

Which noise-cancelling functions are available on TILDE® AIR?

It is possible to use noise reduction whilst on the phone, during video conferences or while listening to music, to perfectly savour the HD audio quality.

What is the performance of the active noise cancellation (ANC)?

With which accessories are TILDE® AIR earphones delivered with?

The accessories listed below are provided with the TILDE® AIR earphones:

Yes, you can use TILDE® AIR earphones as they charge.

Is it possible to use the earphones to make calls?

Of course. Thanks to 6 microphones dedicated to capture voice and wireless Bluetooth connection, calls take place with a freedom of movement.

With which work equipment are TILDE® AIR compatible with?

All TILDE® AIR earphones are usable through Bluetooth and with all types of  devices (smartphone, digital tablet, computer…) as well as all operating systems (Mac, Windows, iOS, Android…).

What is the autonomy of the TILDE® earphones?

Autonomy is optimised for a full day of use, that is to say 15h if using both noise-cancellation and Bluetooth.

Which noise-cancelling functions are available on TILDE® PRO?

It is possible to use noise reduction while listening to music, to perfectly savour the HD audio quality.

How is the telephony quality on TILDE® PRO superior thanks to the detachable boom-microphone?

Thanks to the R&D embedded on the headphone, TILDE® PRO discloses its cutting telephony performance. A directional capture of the voice thanks to 3 microphones, allied with selective denoising algorithm are embedded in the boom-microphone which:

How to attach and adjust the boom-microphone of the TILDE® PRO headphone?

The boom-microphone is easily attachable and detachable thanks to its magnetic system. To fix the boom-microphone, press on the edge of the “OROSOUND” removable cover to take it off, then magnetise the boom-microphone in its stead. For a perfect and optimum rendition on the telephony quality, bend the perch so that the wind screen/diaphragm is in front of your lips.

What is the performance of the active noise-cancellation (ANC)?

The active noise-cancellation is adjustable from 0 to -30 dB. You can therefore isolate yourself from the noise or stay connected to your surroundings, with a simple swipe of the slider.

With which accessories is TILDE® PRO headphone delivered with?

The accessories listed below are provided with the TILDE® PRO headphone:

What is the difference between supra aural and circumaural pads?

A circumaural pad encompasses your ear for better comfort, and the supra aural design directly rests upon your ears for lightness.

Yes, you can use TILDE® PRO headphone as it charges.

In which ways can I connect TILDE® PRO headphone to my work equipments?

TILDE® PRO headphone is useable through Bluetooth and with all types of devices (smartphone, digital tablet, computer…) as well as all operating systems (Mac, Windows, iOS, Android…). For devices without Bluetooth, the headphone is also connectable through USB-C or Jack.

What is the autonomy of the TILDE® headphone?

Autonomy is optimised for a full day of use: 18 hours in audio streaming through Bluetooth and up to 28 hours in concentration mode.

Which forms of payment are accepted?

For any order on quotation, terms of payment will directly be determined in agreement with our sales department. Online orders are paid through credit card thanks to secure payment: Visa, Mastercard (the site uses the SSL encryption system to secure online payment).

Do I need to pay the VAT?

Companies are not subjected to the VAT in France. As the final consumer, you are required to pay off this value-added tax.

How long does delivery take for the TILDE® headphones?

When in stock, products from the TILDE® VOICE FIRST range are delivered within 5 working days.

How much does delivery cost?

Each pre-order or order, unless specific promotional offer, is subjected to a monetary participation from you regarding delivery charges. Those charges are specific to the area in which your pre-order or order delivery address is. The amount is stated in the order summary.

How long is the right of withdrawal?

You have the right to notify us that you are renouncing to the purchase, without any penalties and with no indication of motive, in the next 30 days dating from the reception of the product.

Under which conditions is it possible to return a product?

To profit from the right of withdrawal, it is necessary to return the product in good condition, in its original packaging, and with all accessories included. Damaged or incomplete goods will not be taken back.

For any further request to our customer support, please contact us directly through support@orosound.com.